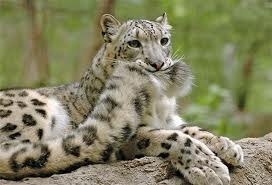 Though Friday’s market was relatively dull for the SPs, Currencies, Metals and bonds  had a bear trap in the early AM that led to some of the larger low to high bars seen in awhile.  Weekly charts have buy divergences in many markets…..how close price can rally back to the EMAs remains to be seen.

The SPs have a three bar breakout pattern for Monday but have already broken in the night market.  Main levels to the downside:  2026.50,   then 2020.5  (just beneath lows on the tick chart above, also “low volume node”,  and between 2008 – 2010 is solid support – the middle of a prior range.  The chart of the Russell shows the bull trap at the top.  After a bull trap,  look to 1)  the middle of the range,  then 2)  test of the lower end of the range (marked off).  The daily chart shows sell divergences that are correcting.

The RSI on the daily DOW shows a very overbought market.  However, all markets have well defined uptrend –  for example, the Nazdaq just made 5 days low to high.  However, . it too now has daily sell divergences.

Crude is a short on any further rally after Friday’s low to high day.

Since SPs had such a tight coiling day on Friday with multiple trades on both sides of 2036, expect much better action on Monday.  After gap down,  watch PDL  (previous day’s low)   to the upside.  And the downside levels are pretty well defined on the chart above.

Both investors Intelligence and AAII now show bullish sentiment readings near the upper extremes of their historical ranges. ..CAUTION

have a great day!