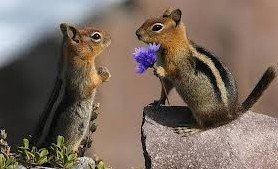 Good Morning!   after an early test up in the Globex markets that failed,  the NYSE opening brought an open drive sequence to the Russell and the rest of the markets followed suit to the upside.  The SPs found initial resistance in the 62 area,  but after consolidating went on to push to new highs. However, the Russell stalled and put in a lower high   – a total loss of momentum.  The SPs have resistance at the point of breakdown –  obvious from the Tick chart posted above.  The DOW was able to make another all time high ( higher high on the 120 minute charts) so Wednesday’s session  is going to be the acid test…will the SPs  confirm with a full retest  up on the 120 minute or put in a lower high.  If they are unable to take out the 2070 area on the chart above, a steadier correction could unfold, leading to a full retrace back down to the daily EMA.  On the other hand, there are still shares making all time new highs….2060 needs to hold for the bulls.

Beans put in a lower high on the daily charts. Corn has as well,  though it has not broken down yet.  A “H and S” top that fails to lead to a downside break, can end up being a very bullish chart formation.  For now, corn has another 2-4 days to try taking out the lower end of its trading range.

YEN –  the weakest of all markets – but chance to find support here.  A close back up into the previous trading range (shown on the chart above) would indicate a mini bear trap.

Copper has a sell short day on the 2-period ROC.

Bonds have a Buy day –  the momentum has shifted to the downside tho, and a reaction might be limited to just the 30/60 minute EMA.   Treat any longs as scalps only as opposed to the trade we would normally hold overnight.

For Wednesday – can the DOW make another new high now that oil shares have found their footing…..and if so, can these SPs make a full retest up on the 120 minute?   Let’s see how much upside follow through this market wants to give….!

have a great day!  Linda