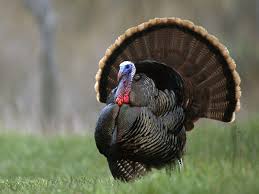 Once again, the Dax made nice overnight gains and the US indexes gapped higher on the opening.  The morning sell-off found support on a flush below the Globex lows and the market spent the rest of the day trading sideways. Many shares such as BA are overextended while others such as PG can still test higher   (two simple examples).   There is a  full trading session on Wednesday but volume an be on the lighter side. There are daily sell divergences  in the SP and the Dow, but the two charts examples shown above still show daily swing highs – well watched by many. The DAX has put in three consecutive huge up days…Wednesday is a  Sell Short day scalp only.  The Dow has 2 narrow daily bars,  three bars price overlap…..it can move in either direction.   Tough to say anything too profound for trading indexes pre-holiday.  To the upside – daily swing hgihs remain in the Dow and Russell.  However, the Russell could not hold its gains on the early push above 1190.20 (previous swing high).  To the downside there is  the unfilled gap  area of 2054.75.  It may be tough for the market to move too far in either direction if the volume is light.

Bonds and Tens had an upside breakout and shuld trade higher on Wednesday.  The 30 year yields dropped below 3% again….big psychological level…..

The real news was Crude and Copper –  copper has a previous swing low 5 points lower traded to at the beginning of the year….It should show up on the weekly charts.   Crude closed with an hourly bear flag.   The 20 day low test comes in at 73.71

Wishing everyone a fabulous Thanksgiving!