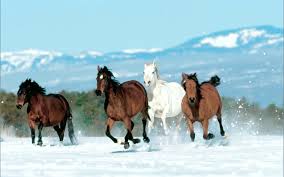 An opening gap UP above the previous day’s high led to a torrid short covering rally and influx of new funds.

After a trend day UP, expect a consolidation morning marked by two way trading.  A rally above Tuesday’s high (1943 – 46) would be a great shorting opportunity, or, the market may just test the 1940 area.  The first flush down, wll set up a buying opportunity.

Watch:   15 minute EMA for buy….and last hour’s LOW for support  (1929.50 -1930).  Consider all trades to be scalps.  Also, Bollinger Bands around the 5 minute SMA will set up mean reversion trades.   The exception to the above rules would be if there were extreme breadth readings,  either plus or minus in the first 15 minutes.

The chart on the right shows initial buy zone around the 15 minute EMA, as well as possible shorting zone in the mid  1940s.

Cocoa: note the way the daily chart consolidates in the form of a tight coil after extreme volatility

Look forward to good two way trading in the SPs after yesterday’s one directional move!