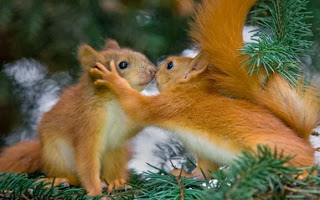 An interesting opening on Sunday evening appears to be purely technical but with a news based catalyst. (Ukraine/Russia tensions).   SPs had traded two days low to high and had a Sell Short day on the 2-period ROC.  The chart above shows three pushes up on a 60000 tick but still within an overall uptrend.   The Russell dropped below the 5 SMA but the first close below  a 5 SMA can still find support.  After multiple days in an up trending channel, a sharp downdraft does not damage the integrity of the uptrend.  Tops are a process of lower highs and lower  lows  or overall distribution.  The market may be overbought and display a loss of momentum,  but major tops are rarely made on news events.

Crude has been forming a bullish consolidation pattern.  108 is still the big picture upside projection.  Gold has been forming a bullish consolidation pattern with higher lows and higher highs.  Silver held the daily EMA and has a bull flag on the daily charts after an upside breakout from a sideways line.  The big picture point and figure charts suggest 2800 to the upside.  A lower high and lower low on the 120/240 minute charts would change this picture.  This is what happened to the copper market so this is a good example to reference in terms of analyzing structure.  Copper has been in a  clear down trending channel after taking out the low of an A B C down on the 120 minute time frames.  I say this because I was so vocal when it put in the 2nd higher low  off the previous bottom on the 120 minute charts.  Even though we can have upside projections, it is still a process of following the 2-3 day  swings and following the market.

So much movement has already happened Sunday evening – how will Monday unfold?  Gold and silver are the first  day back up….  Bonds and tens – watch the retest of the previous swing low on the yield charts:  reference  TYX and TNX. Grains – trend resumption.  Even if markets gap UP Monday morning, traders can still watch for an intraday pullback to buy.