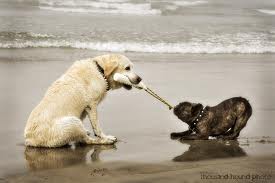 Good Morning Traders!   The market has found upside resistance as the Russell could not take out the down sloping trend line on the daily charts.   With a huge opening gap up in  AAPL, the market gave the best of the “good news out” that it could. (Plus, the SPs had had 7 low to high days in a row (!)).  On Thursday, the SPs tested below the 5 SMA but did not close below it.   On Friday, the 5 SMA  will come in at 1872.50.   This area,  71.50 – 72.50, has been traded through multiple times over the past three trading days.  Will the SPs be able to escape its grip? …An inside range day may be likely after the recent volatility.   Main pivots are naturally Thursday’s high and low.

The ten year notes have a three bar triangle.  This is significant because the bonds have remained well bid and it is the short end of the curve that has stayed under pressure.   Damage was done on the previous selloff.  Range expansion is possible though.

The AD has a Buy Day (2 period ROC poised to flip up).  Also the CD has a three bar triangle pattern.
Wheat had an upside breakout from this pattern on Thursday and should have upside follow through.

Roll to July Copper and at the beginning of next week, roll to July silver.

I WILL BE ON VACATION NEXT WEEK!  (Actually, moving out of my old condo down in Florida which I sold).  If I can get my computers set up on a timely basis to the new place, I hope to be online the latter half of the week! Either way, Mick will be holding down the fort, and the trade sheet will be posted and hopefully we can sneak charts in as well!