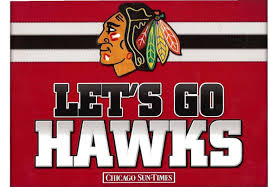 Russell had a  downside breakout from a three bar triangle pattern.  This pattern leads to good odds of further downside on Wednesday.  It is not too much further until new lows for the year can come into play….In the meantime, the DAX is still contained in a trading range but has converging trendlines as it goes into the day before ECB Thursday.   Australia kept rate unchanged, as expected, yet still had a stellar upside breakout.  Does the news really matter?   No…but it can serve as a catalyst…ECB meetings in the past have led to remarkable volatility.  The exception was the dull Thursday in April.

Nat Gas has a Buy on the daily oscillators…..20 day highs are not too  much further to the upside.  The Bunds have a three bar triangle breakout pattern –  will they move a day early?   Or stay in a contained range.  Once again, a close below 144.64 is bearish.  They managed to close at 14470 so an upside breakout is possible as well.  Bonds and tens will likely  follow the Bunds.

There are Grail Buys on  any intraday pullbacks/consolidation to the EMAs on all currencies.  Gold and Silver have hourly continuation patterns after making new momentum highs the day before.