LBR Group
Home Market Commentary Homework and Tradesheet for May 2 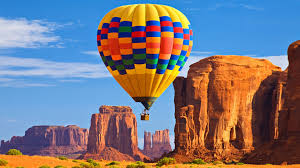 FOMC day brought an outside DOWN day in the SPs after cash made another all time high.  The market trended lower after a gap up  opening on APPL news – essentially a version of a key reversal type of day.  The Russell was down the majority of the day right off the opening.   In the charts below, the major volume node  from the prior trading distribution comes in around 2909 basis June SPs.

The pinball 2 model is still looking for a close back above the 5 SMA basis the dollar index (inverse for the EC). The dollar is also on a pinball buy.

Any further rally in the wheat will set up a pinball short after today’s buying day.  Looking for more upside follow through in the beans after their trade below PDL.

Corn made new momentum highs on the 2-period ROC.

A weekly Buy divergence is shown on the VIX index, though this is not normally a reliable market to trade off weekly charts. Thought the pattern was still worth noting.

As an aside, MRCI shows start of a DOWN SEASONAL 6 week period for the DOW starting next Monday.

SPs – early morning rally should set up a short scalp a al 5/15 minute bear flag.  ANy further early morning flush will set up a buy  opportunity for a trade back to the 15 minute EMA (basis pit session).

Note: volatility breakout column is included on the far right.  Long trades were given in the Hogs.  Short sale was made in the silver and copper. This column can be used as a stop level on existing positions.